(Abilene) – Two employees at Texas State Technical College in Abilene have been honored for their dedication and service.

Matt Briggs, the clinical coordinator for the Emergency Medical Services program, and Susan Cowart, an instructor for academic English and Humanities, were selected to receive TSTC’s Chancellor’s Excellence Awards.

“The Chancellor’s Excellence Award is a yearly recognition for teammates who consistently go above and beyond their normal job duties to improve our students’, and/or our College’s, success. Matt and Susan display, on a daily basis, these lofty attributes,” Rick Denbow, provost at TSTC in West Texas, said.

“The teammates who win this award model excellence for us all and are recognized for both their sound character and for advancing TSTC’s new direction,” TSTC Chancellor Mike Reeser said. “Due to their caring and dedicated efforts, TSTC continues to make a difference in the employment success of our students.”

Briggs joined TSTC in 2015 and said he was shocked by the recognition. He says he is determined to find out who nominated him so he can say thank you.

“It’s just such an awesome honor because there are so many people who are doing their job really well, and to be recognized as one of those people makes me want to keep going and do even better,” he said.

Briggs said TSTC has become part of his family and he loves working with people who have the same passion as he has.

“My favorite part of this job is watching our students walk across that stage and graduate because you know they are about to make a positive impact on the world,” he said.

After working as a paramedic for nine years, Briggs felt called to enter the education world and help people in a new way. He hopes to help expand the EMS program at TSTC and spread awareness of the need for more EMS professionals.

Cowart was also surprised to learn she was a recipient of the Chancellor’s Excellence Award.

“I was in a state of shock because I haven’t been here very long, but it felt so validating,” she said.

Cowart began teaching English and Humanities classes at TSTC in 2015. She teaches both online and in-person classes.

“Education is so powerful. And if I can help these students become good communicators, that opens so many doors on top of their technical skills,” she said.

Cowart earned her bachelor’s degree in English from Louisiana State University at Alexandria and her first master’s in English from DePaul University. She decided to pursue a second master’s in Education Technology and Instructional Design from Texas A&M University-Corpus Christi to better serve her students. She completed the degree while continuing to teach her regular course load.

“I am so glad I am at TSTC in West Texas because there is a definite sense of family and support here. It just makes you want to do your best,” Cowart said.

Briggs and Cowart will join 33 other TSTC employees statewide who will be honored at the National Institute for Staff and Organizational Development’s Excellence Awards Dinner and Celebration in May in Austin. 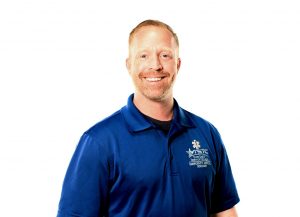 Matt Briggs, picture above, from Texas State Technical College in Abilene, is the Clinical Coordinator for the Emergency Medical Services program. He was awarded the Chancellor’s Excellence Award. 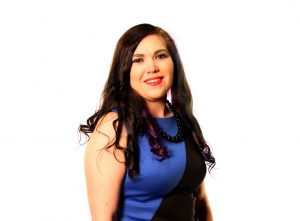 Susan Cowart, pictured above, from Texas State Technical College in Abilene, teaches academic English and Humanities. She was awarded the Chancellor’s Excellence Award.