(WACO, Texas) – In celebration of the 50th anniversary of the first manned moon landing, Texas State Technical College will present a lecture and book signing by Douglas Brinkley, author of “American Moonshot: John F. Kennedy and the Great Space Race.”

The event, which is free and open to the public, will take place at 6:30 p.m. on Friday, May 24, 2019, in the auditorium of TSTC’s John B. Connally Technology Center at the corner of Crest Drive and Campus Drive in Waco.

The Apollo 11 space mission occurred eight years after President John F. Kennedy announced a national goal of landing a man on the moon by the end of the 1960s.

In 1969 the late Neil Armstrong became the first person to walk on the moon. As he stepped out of the Apollo 11 spacecraft, his words reverberated around his home planet some 238,900 miles away: “That’s one small step for man, one giant leap for mankind.”

Brinkley is the Katherine Tsanoff Brown Chair in Humanities and professor of history at Rice University, a CNN presidential historian, and a contributing editor at Vanity Fair.

In the world of public history, he serves on boards, at museums, at colleges, and for historical societies. The Chicago Tribune dubbed him “America’s New Past Master.” The New-York Historical Society has chosen Brinkley as its official U.S. Presidential Historian. 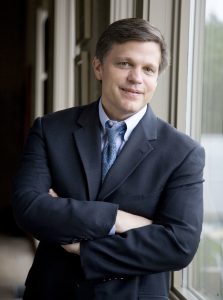