“The SkillsUSA National Leadership and Skills Conference is more than just a competition, though it is certainly the pinnacle of collegiate technical skills contests,” said Adam Hutchison, provost of TSTC’s Waco campus. “It’s really a national celebration of technical education and the quality of life that our students can achieve when their craftsmanship is combined with leadership and teamwork skills.”

“It’s a massive release and excitement,” Syck said. “Last year I didn’t place at all. In a year, I made that much of a difference and it’s amazing.”

The team of Brandon Lund and Cody White won the silver medal in Additive Manufacturing. This was the first TSTC team to ever compete in the event.

Lund and White, both Architectural Drafting and Design Technology majors, were put together by their instructor, Bryan Clark, because of their interests in 3D printing and machining.

“We were really close to getting gold,” said White. “Brandon is good to work with and knows what he is doing. This is going to help with job hunting.”

Recent TSTC graduate Cody Scheffe won a silver medal in Carpentry. This is the second year he competed in the event. SkillsUSA allows participants to represent their campuses up to six months after graduation.

“I’m excited,” Scheffe said. “Second in the nation is still good. I have met a lot of people and learned a lot from the instructors I have had.”

Jondaria Maxey, a Computer Networking and Systems Administration major, won the silver medal in the Job Skill Demonstration Open contest. The skill he demonstrated was replacing hardware on a computer.

“I wasn’t prepared last year,” said Maxey. “This year, I was more prepared and did a lot of practice. SkillsUSA has helped me be a leader.”

TSTC won the silver medal in TeamWorks for the second year in a row. Recent TSTC graduate Andres Zapata competed on both silver medal teams while students Jacob Dawson, Antonio Hernandez and Leonardo Mata took part for the first time on the college level.

“They are good guys and they do what needs to be done,” Hernandez said. “We just have to build upon what we started here and start working at it. We just have to make our work like a fine-tuned machine.”

Rickie Hartfield won the bronze medal in Residential Systems Installation and Maintenance. For the contest, he demonstrated his ability to install multiple electrical components to work with thermostats and household appliances.

TSTC’s competitors qualified for the national conference by winning the SkillsUSA Texas State Leadership and Skills Conference in April in Waco.

More than 6,400 students from Alaska to Puerto Rico competed at the conference, with more than 1,100 gold, silver and bronze medals awarded. In-kind industry and education contributions in equipment, materials and time totaled more than $36 million for the event, according to SkillsUSA.

“I’m thrilled that our students get to experience the SkillsUSA NLSC with the other elite technical education students from around the country and be recognized for their outstanding talents,” Hutchison said. “And, I’m grateful for our dedicated faculty and staff who mentor, train and support our students all year long to reach this event.”

For more information on SkillsUSA, go to skillsusa.org. 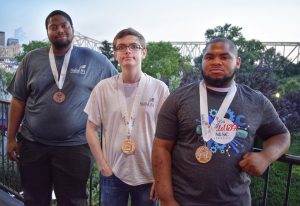 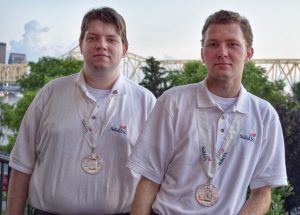 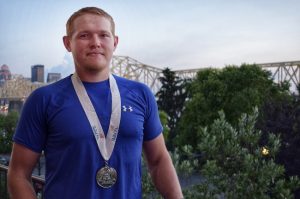 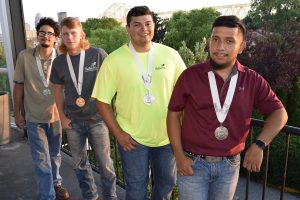