Sanchez is balancing classes in the Cyber Security program and working part time at a Waco restaurant making sushi. He works three days a week on afternoon shifts and attends classes five days a week at TSTC.

“Making the sushi is pretty easy,” he said. “You have to know the combinations with the names. There is dexterity with the hand movement.”

Though there is pressure to create tightly rolled sushi to satisfy customers, Sanchez said he does not feel the heat being the first member of his family to go to college. He said he chose Cyber Security because it sounded intriguing.

“The work is challenging, considering I’m new at it,” he said.

Sanchez graduated ninth in a graduating class of 35 students earlier this year at Mart High School. The Mart native said he had a goal during his freshman year of high school to finish as close to the top of his class as he could.

He said teachers encouraged him and other students to take a look at TSTC after high school.

“Part of it was money,” Sanchez said. “I looked at the best choice.”

This semester, there are several TSTC students with Mart ties studying in technical programs such as Electrical Power and Controls, Environmental Technology Compliance, Occupational Safety Compliance Technology and Welding Technology.

Lisa Byrd, Mart High School’s counselor and testing coordinator, said students can utilize local scholarships provided by churches, families and organizations. She said more than $100,000 was given to the high school’s Class of 2019.

“Our community is absolutely amazing when it comes to sending kids to college,” Byrd said.

Byrd said parents and students should select colleges that are practical and fit with their life goals.

For Jacob Burney of Hallsburg, the fall semester signaled a return to TSTC. He graduated in 2015 from Mart High School and began studying Computer Science, but he dropped out to do maintenance work.

“Now I’m a more level-headed and responsible person,” he said.

Burney said he wanted to return to college because he wants to make more money. 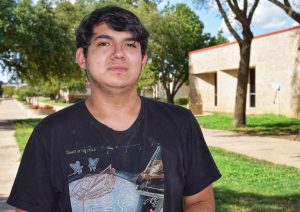