(RED OAK, Texas) – Daryl Golden of Waxahachie worked in sales for a decade and decided he wanted to take a different direction in his career. And, the direction he took led to Texas State Technical College.

“I get anxious that I’m not accomplishing anything if I don’t have a progression path set up,” he said. “I’ve got to be working toward something, or I feel like I have plateaued.”

Not only is Golden a spring candidate for graduation at TSTC’s North Texas campus, but he has also landed a job in an information technology position at GDT in Dallas.

“These degree plans are very similar — just five additional courses — and you really can’t have security without networking,” he said. “So, I encourage anyone on the same degree plan to be a dual major as well.”

Some of Golden’s favorite courses focused on auditing, firewalls and network and security assessment.

“I had the privilege of teaching quite a few of Daryl’s classes,” said Joel Bryant, an instructor in TSTC’s Cybersecurity program. “Daryl can be described as every instructor’s dream student. He’s inquisitive, highly motivated and determined to get the job done, whether it’s in a lab, homework assignments or his internships. He is persistent, helpful and a positive force in the classroom.”

Golden already knows how he will celebrate the completion of his classes.

“I plan to cook out as much as possible and play some games with all this free time I’ve suddenly gotten back,” he said. “After that, I’m going to chase as many certifications as possible. I need to keep working on my resume.”

Golden is excited to be working at GDT, a company that designs, builds, delivers and manages IT solutions and services for customers of all sizes and from a variety of industries.

“They understood that I was a full-time student for just one more semester when they hired me and allowed me to work early on days I had class,” he said. “I could not be happier with this company and how they have treated me so far.”

Golden said his advice for future students is not to procrastinate and to pay attention to everything.

“Stay in as many loops as you can,” he said. “Through understanding what is being done around or even above you, it can become easier to learn more and punch above the weight of your position. Staying as looped in as you can means that you can solve and own problems that weren’t originally intended to be yours.” 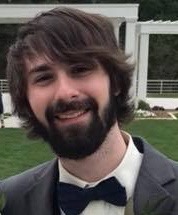