Since 2015, EMA Electromechanics has given TSTC a total of $225,000 for the Sweetwater Veterans’ Funds for College Education. The company, based in Sweetwater, is an international maker of equipment for the wind energy sector.

For Rafael Garcia, a U.S. Army veteran, the scholarship is helping his family by offsetting college costs.

“It has supplemented some of the money I would have used for school. Now I do not have to worry about paying for things around the house and college,” Garcia said. “It has helped me provide for my family while attending school.”

Garcia is studying Industrial Systems and plans to graduate this fall. In the Army, he was responsible for fueling aircraft, but he wanted to expand his knowledge. That is why he chose TSTC.

“I wanted to be more in-depth with how things worked. I wanted to learn more than just fueling an aircraft,” he said. “My goal is to be more efficient and improve myself.”

Garcia learned of the scholarship through Annette Collins, a Veteran Services program officer at TSTC.

“I hope other veterans take advantage of this opportunity,” Garcia said. “This is an extra incentive to better yourself after the military.”

“The scholarship is incredibly valuable for our students. There are many who have expressed that without the scholarship, a college education would not have been possible for them,” said Pam Marler, TSTC’s Veteran Services coordinator. “The funds have helped with book purchases, supplies, tools, and in some cases living expenses to allow our students to focus on completing their education.”

EMA Electromechanics was founded in 1952 in Argentina. The company’s VDH Series Vacuum Circuit Breaker was first sold in the United States in 2003, and the company began its American operations in 2010 in Sweetwater.

Registration for the fall semester is underway. For more information, go to tstc.edu. 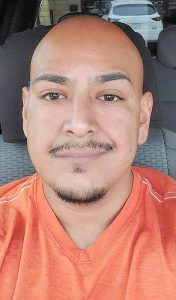