(WACO, Texas)  – When Nancy Talley graduated from Texas State Technical College in August, she learned she was the recipient of a special award: the Mike Torres Jr. Leadership Award.

Talley, of Waco, worked in technology sales for several years and took a couple of courses along the way at a four-year university. She then decided to pursue work that was more hands-on, so she went into bartending.

“It got monotonous,” Talley said. “I needed something that challenged my mind and helped me think. I wanted to get more settled, more into a routine.”

“It is important that we protect people and our environment so others can have jobs and they can go to work and come home safely to be with their families,” she said. “We can provide a better place on Earth for everyone to live.”

Talley said some of the work she enjoyed in her programs took place in her Site Assessment and Safety Training Presentation Techniques courses. She also did an internship at ARC Abatement Inc. in Waco, where she learned about asbestos and lead abatement. One of the projects Talley worked on was creating a condensed version of the company’s safety guidelines for workers to use in the field.

Talley was nominated for the Torres award by Lester Bowers, TSTC’s statewide chair of the Environmental Technology department.

“Nancy is a well-disciplined, industrious student with a pleasant personality,” Bowers said in his award nomination letter. “Not only was she interested in and motivated to learn the material, but she also put great work into assimilating it into her own experience and developing her own ideas about each environmental topic that we discussed.”

The Mike Torres Jr. Leadership Award is given to honor the memory of Waco native Mike Torres Jr., who taught in TSTC’s Digital Media and Design program until his death in 2005. Torres graduated from Reicher High School and TSTC’s Commercial Art Advertising and Integrated Digital Image program, according to the Waco Tribune-Herald.

The award signifies qualities that Torres was known for: courage, honesty and integrity. The award is given each semester at commencement to a candidate for graduation who is nominated by faculty or staff members. The award was first given in fall 2011, according to TSTC archival information. 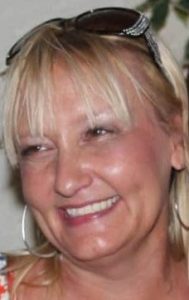