(WACO, Texas) – Joshua Dickens grew up in Clifton and studied music at a two-year community college.

“I still enjoy music,” he said. “But for me, now it’s something I enjoy doing with friends, with my family, that type of thing. It is not something I am trying to make money on in a career.”

After graduating and working a few years, Dickens wanted to do something different. He enrolled at Texas State Technical College’s Waco campus and graduated in 2018 with an Associate of Applied Science degree in Computer Programming Technology.

Dickens began work at Sickhead Games in Dallas as an intern programmer in fall 2018. In early 2019, he was promoted to a game programmer position.

“It introduces them (the students) to the industry-standard languages for game programming,” she said.

Dickens’ work involves taking video game components that work on a computer and transitioning them to game console and smartphone platforms.  He has been involved in less than 10 projects so far, even as he works remotely now at his home in McGregor during the COVID-19 pandemic.

Dickens said people interested in the video game industry should have an interest in mathematics and physics, a willingness to learn, and good communication skills.  He said potential employers do not want to see class projects, but rather what students have created on their own.

“They are looking for people to push the industry,” Dickens said.

Dickens began researching employers and jobs during his last two semesters at TSTC. He also attended video gaming conferences in Austin and Dallas to meet people in the industry.

“That kind of gave me a better understanding of what I was jumping into to get a better mindset,” he said.

He found Sickhead Games through LinkedIn.

“When I got hired with them, they were a team of four people,” Dickens said. “I basically made the case that I am very new, it is my first gaming job, but I have a portfolio of things I have done already.”

“Gaming is a multimillion-dollar industry, and the skills learned are very transferable  and in high demand,” Watkins said. “Interactive 3D engineers and the programmers designing them open up the use of virtual reality, augmented reality and real-time 3D visualization to areas outside of gaming, which include consumer applications, business training and industrial manufacturing.” 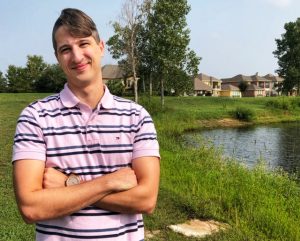