“I began the paramedic program this week, and I am one year from my goal of becoming a paramedic,” she said.

Like many people, Jungling enrolled in the EMS program with a specific purpose.

“It might sound cliche, but my reason for becoming an EMT was my desire to help people,” she said. “I also wanted to give back to the community.”

Jungling, who recently passed the National Registry of Emergency Medical Technicians certification exam, said she looks forward to the variety of experiences she will encounter in the field.

“I know that not one day will be the same,” she said. “I know that every call will be different.”

Jungling said she considered other options for a medical career, but nursing was not something she wanted to pursue.

“A lot of the schools I looked at offered nursing, but I wanted something fast-paced,” she said.

The more Jungling explored TSTC’s program, the more impressed she became. Once she started taking classes and participating in lab sessions, she knew it was the right decision.

“I really appreciate the instructors. They push us on a daily basis not to fail,” she said. “They really want every student to succeed.”

Jungling said instructors prepared students in every aspect of becoming an EMT from the first day of class.

“They have been through this in the field. They would not let us do anything that they have not done first,” she said.

She also chose TSTC because of the program’s success rate. Instructor Richard Sharp said students who recently completed the program had a 100 percent passing rate on the certification exam, and each graduate found employment.

Jungling knows once she completes the paramedic program, she will be able to find a job that pays well.

With a new group of EMS students beginning this month, Jungling said they should not get discouraged.

“There can be some times of uncertainty during the program,” she said. “Just remember that the instructors will give you every single tool you need to be successful.” 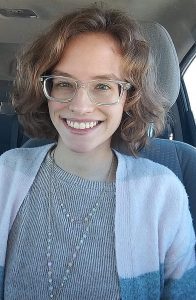