Many of the graduates already have jobs and are ready to work.

Kody Teague, 20, of Rockdale and a graduate of Caldwell High School, received an associate degree in Electrical Power and Controls. He will start work soon as a relay technician at Power Grid Engineering LLC in Dallas.

Teague said attending TSTC gave him the opportunity to meet new friends who share his interests and to learn life lessons.

“I wouldn’t trade it for anything,” he said.

“I had fun and made a lot of friends,” Warrington said. “I liked the hands-on classes.”

TSTC had more than 1,200 graduates this spring across the state and has graduated more than 100,000 students in its more than 50-year history. 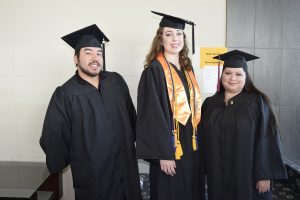 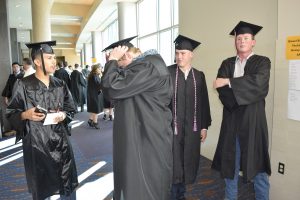