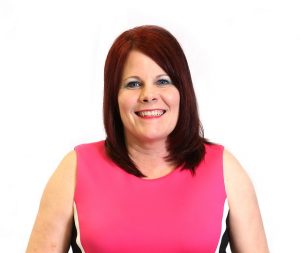 (RED OAK) – Texas State Technical College employee Kim Campbell takes pride in making a difference in students’ lives. That passion has led her to receiving TSTC’s Chancellor’s Excellence Award, an honor given to TSTC faculty and staff who model excellence at the college.

Campbell joined TSTC in North Texas in 2016 and, as of April, serves as campus director and academic manager. Campbell said she was delighted to receive the award.

“I’m extremely honored to have been nominated for this award, and I was very excited and happy to have been selected,” she said. “I’m looking forward to the conference and the dinner with my family.”

Campbell, along with 15 recipients of the award from TSTC’s nine other campuses, will be honored later this month at the National Institute for Staff and Organizational Development awards dinner and celebration in Austin.

Campbell feels that being at the relatively small campus in North Texas has helped her grow closer to her peers. She believes she was nominated because her co-workers know they can depend on her.

In her earlier role as a career services coordinator at TSTC, Campbell felt a sense of accomplishment in helping students reach their goals.

“Being in career placement and having students come in and say, ‘I got that job you helped me with!’ is so rewarding,” Campbell said. “I wish I had a bell on the outside of my door that I could ring every time someone came in. The excitement that you see on the student’s face is so gratifying. Just sharing that thrill and excitement with the student made it all worth it.”

Campbell is proud to work for the college.

“I like knowing that I helped make a change in the students’ lives, not just today, but for their future and for their families,” she said. “TSTC is such an amazing place to work.”