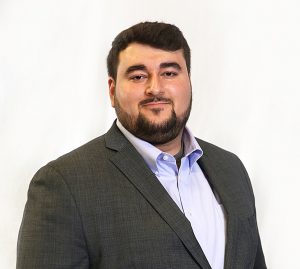 (RED OAK) – Texas State Technical College employee Kevin Liptak goes the extra mile for his students and his campus. Liptak’s initiative has earned him TSTC’s Chancellor’s Excellence Award, an honor given to TSTC faculty and staff who model excellence at the college.

Liptak, who began working at TSTC in 2015, was excited to be chosen for the award.

“Like everybody else, I try to go above and beyond what we’re asked to do,” he said. “I’ve taken on large class loads and worked on a couple of special projects for TSTC.”

“I like my job,” he said. “There are a lot of responsibilities, a lot of tasks here. I run two programs, so every day is new.”

Liptak takes pride in building relationships with his students.

“So far with every student that has graduated, there have been things we’ve helped them out with,” he said. “Whenever Red Oak had tornadoes, there were several students that lost property and we kind of became a support center for them. It’s the right thing to do.”

His favorite part of working at TSTC is the work environment.

“There are a lot of teamwork aspects here that are lacking elsewhere,” he said. “Everyone is here to move forward, and we all work together to get the job done.”

Liptak will join 15 other TSTC employees statewide who will be honored later this month at the National Institute for Staff and Organizational Development Awards dinner and celebration in Austin.