This year’s Marshall award winners are Melissa Maloney, coordinator of instructional support, and Tonya Holloway, executive assistant to the provost. 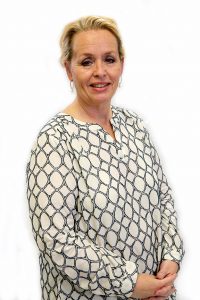 Maloney, who has been at TSTC for nearly five years, said she was surprised to receive the award.

“I don’t know that anyone is ever thinking that is going to happen to them, so I was a little shocked,” she said. “I hope it’s because people think I do a good job and try to serve the patrons and people that I work for.”

Maloney has a passion for TSTC’s mission.

“I really do believe in what we do: putting people to work,” she said. “I think there’s something special about the drive that we have to change lives, and I think that’s what we do.”

Holloway was also excited to receive the award.

“It was an honor,” she said. “I never thought I would get chosen for anything like that. But yes, I am very excited about it.”

Holloway said she believes she was nominated because she tries to help make work easier for her colleagues.

“I think I was nominated because I’m a very hard worker, dedicated, and I have a good boss,” Holloway said. “All of the people on campus and all the activities — I try to help with everything. I’m not trying to pat myself on the back or anything, but I just help out where I can.”

Holloway believes in the college’s mission as well, and her two daughters have attended TSTC’s Process Operations program.

“Both of them have been helped tremendously as far as what they’re doing in the program and what paths they should take,” she said. “It’s also the instructors helping them to mature into responsible adults.”

Holloway takes pride in knowing she is making a difference in people’s lives.

“I just know that whatever I do in whatever capacity I serve, I’m changing someone’s life,” she said. “Whether it’s a student, a co-worker or someone that just comes in, I have something to do with changing their lives and the paths that they take.”