Dustin Morgan, 22, and Sophia Glazova,19, both of Jefferson, spent part of July at SEVEN Networks’ facility in Hangzhou, China. The two visited for mobile software development meetings while based at the company’s Marshall location.

Phyllis Hollingshead, an instructor in the Software Development Technology program at TSTC, said Morgan had a keen ability to work well with other students and Glazova wrote clear and concise software coding.

“The two are very exemplary students,” Hollingshead said. “They are above average and it has been a pleasure to have them in class. They absorb everything so quickly and take off with it. I was excited that they got to go to China. They are the first students I have had to go overseas for internship work.”

“They are both very sharp and enthusiastic about their jobs and anxious to learn,” said Ross Bott, president and chief executive officer of SEVEN Networks. “We are happy with their performance and looking forward to them continuing to be part of the Seven engineering team.”

SEVEN distributes its engineering between Marshall and Hangzhou, which have a 13-hour time difference. Work is accomplished through conference calls, email, instant messaging, the company’s internal website and occasional engineering visits between the sites. According to its website, the company develops innovative software solutions that deliver device-centric mobile traffic management and analytics for wireless carriers.

“I like to solve the problems that come up,” Morgan said. “It’s never boring.”

While in China, Morgan and Glazova took some time off to sightsee. Among the locations they visited were the West Lake Cultural Landscape, a UNESCO world cultural heritage site, and Leifeng Pagoda, the oldest bronze pagoda in China.

“It was my first time being in China,” Glazova said. “It was quite interesting.”

The students also observed Chinese people in their daily lives.

“The ones at SEVEN were pretty curious,” Morgan said. “A lot of the Chinese we ran across did not speak English. They try to communicate with gestures. Most of the signs are in English, but the people don’t regularly speak it. Usually they want to take pictures with you.”

Bott said SEVEN is fortunate to have TSTC in Marshall as a neighbor.

“We will continue to look for the best and brightest students at TSTC to bring on as interns and later as full-time employees,” Bott said. “It’s a chance for someone to learn a lot about mobile software while working with a global engineering team.”

The two are preparing to start the fall semester at Louisiana State University in Shreveport to study computer science and software development. The students will continue to work at SEVEN after graduation.

TSTC in Marshall offers an Associate of Applied Science degree in Software Development, with classes focusing on programming design and logic, scripting languages and software coding and testing.

Registration continues for the fall semester. More information is available at tstc.edu. 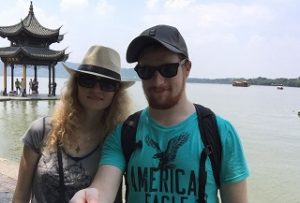