Smith said as a teenager she watched “Hackers,” a 1995 movie starring Jolie in which the main characters create a technological virus and hack into computer systems.

“I chose cyber security because I have always been intrigued by the ability of technology,” said Smith, 36. “I was in awe of the movie. Computers, video games and art are all of my passions and technology rolls them all into one.”

Smith took her passion and used it to work toward an Associate of Applied Science degree in Cyber Security at Texas State Technical College in North Texas in Red Oak. She is a candidate to receive the degree at TSTC’s Summer 2017 Commencement on Aug. 18 in Waco.

“In some of my classes I was the only female, but that didn’t prevent the camaraderie of us pulling together and learning,” Smith said.

“I was blown away and felt so much gratitude,” she said. “I was floored really and so happy that I could share the surprise with my family, who have supported me throughout it all. My hard work and dedication paid off and I am still in the clouds about it all.”

TSTC Provost Marcus Balch said he selected Smith because she attended classes and works at the Dallas County Sheriff’s Department as a detention training officer. She has been at the sheriff’s department for a decade.

“Her job doesn’t provide a lot of flexibility, yet she has overcome the odds,” Balch said. “She also has a positive outlook and is excited about the possibilities that the future holds for her. She is just a good solid example of a hard-working TSTC student.”

Besides her work schedule and balancing her study and family time, Smith said her other challenges involved her parents each dealing with a cancer diagnosis.

“It was difficult not knowing the outcome of their situations while attending classes,” she said. “Thankfully, they were stronger than the disease and are here with me now to celebrate.”

“Allow your dreams to become reality and make a mark on the world,” she said. “Explore all possibilities and interests. Everyone has something to offer, and that one thing may change everything about technology.”

Smith grew up in Wilmot, Arkansas, and graduated in 1999 from Hamburg High School in Hamburg, Arkansas.

She was in the United States Air Force and was stationed in Mississippi and Germany.

Smith plans to study information technology after graduating from TSTC.

“I hope my career in information technology allows me to find a great company to work for so that I can grow as an individual and a colleague,” she said.

TSTC’s Summer 2017 Commencement will include graduates from the North Texas, Waco and Williamson County campuses. The ceremony will be at 6:30 p.m. on Friday, Aug. 18 at the Waco Convention Center at 100 Washington Ave. 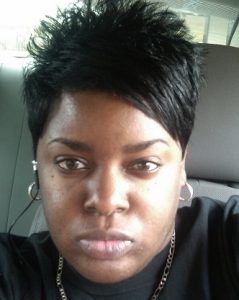